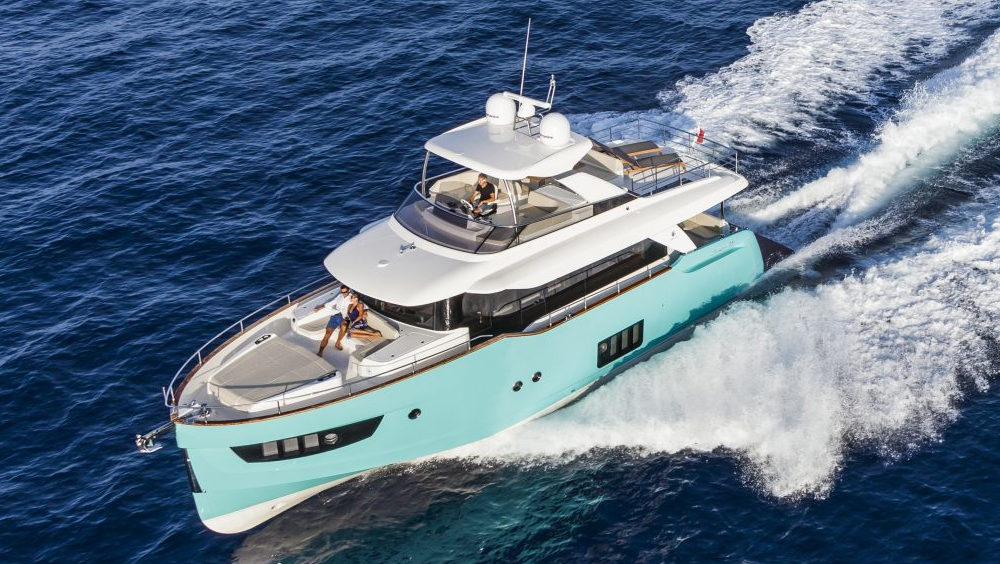 It’s a love thing. We matchmake some of the world’s most beautiful, high-performing, luxurious and expensive yachts with people like you who are looking for exciting shared yacht ownership deals. In other words, we match people who love the sea with fabulous machines that deliver magical adventures upon it.

Why do people love boats and boating? What’s the big attraction of the world’s seas and oceans? How come a well-designed luxury yacht makes some people’s hearts beat a little bit faster? Yachting is amazing. It’s thrilling. It’s an adrenaline rush. And it can also deliver the ultimate in relaxation. If you’d like to read all about it, here are five of our favourite books about sailing.

Francis Chichester was just eighteen when he emigrated to New Zealand with just ten pounds in his pocket. He tried being a boxer, a shepherd, a lumberjack and even tried his hand as a gold prospector before giving up and returning to England. In 1929 he flew solo from the UK to Australia in his tiny de Havilland Gipsy Moth plane. But that wasn’t enough to slake the man’s considerable thirst for adventure. Diagnosed with cancer two years previously, in 1967 he became the first person to sail around the world solo from west to east via the great capes. This is his story, in his own words, and it is completely brilliant, a magical read for any would-be ocean adventurer.

Johnny Wray’s gripping and very funny tale is the true story of his own adventures sailing the South Pacific, first published 75 years ago but just as fresh as ever. Johnny was a rebel, sacked from his day job during the Great Depression. He built his yacht, Ngataki, out of bits and bobs that he begged, borrowed and stole, then set to sea with a few friends, heading for the beautiful, exotic desert islands and atolls he’d always dreamed about. The resulting book is an awe-inspiring ripping yarn, but also happens to be an inspiring look at what it means to live a truly free life as the master of your own destiny.

438 Days: An Extraordinary True Story of Survival at Sea by Jonathan Franklin

You really don’t want this to happen. In November 2012, Salvador Alvarenga sailed out to sea from the Mexican coast on a two-day fishing trip. A storm killed his engine. Then the current dragged his boat out to sea, farther and farther west into the heart of the Pacific. Salvador drifted nine thousand miles and was lost for fourteen months. While lost he had been ignored by almost forty ships. Finally, he was marooned on a remote desert island, where he was finally saved by a local couple who owned it. He finally made shore again in January 2014. 438 Days is the epic story of Salvador’s survival against all the odds.

Sailing My Dream by Dick Allan

If you dream of sailing, this one’s for you. Dick Allan and his little boat Greylag sailed an astonishing twenty eight thousand miles around the globe, something that many dream of but few actually experience. This wonderful book tells his story, inspiring others to take the plunge and begin the journey of a lifetime. Told with the most vivid enthusiasm, this is a fabulous story.

An Inexplicable Attraction: My Fifty Years of Ocean Sailing by Eric B. Forsyth

You think you’re a seasoned sailor? Take off your hat to Eric Forsyth, who sailed well into his 80s and reveals clearly how ‘age need not be a barrier to an adventurous retirement’. Eric’s passion for ocean sailing was sparked in 1964 when he crossed the Atlantic with his wife, Edith, onboard a friend’s 46-footer. Since then his own rugged cutter, Fiona, has cruised the oceans.

Eric has made two circumnavigations of the globe, cruised through the Northwest Passage and to the Baltic, and has conquered both the mighty Arctic and the terrifying Antarctic. Captain Forsyth has been honoured by his fellow sailors with the Seven Seas Award from the Seven Seas Cruising Association. He has also been handed the Blue Water Medal, given annually by the Cruising Club of America to a single amateur sailor. The honour is richly deserved.

Grow our own adventures – Yacht shares for sale

The scents, the sights, the winds, the sunsets, the colours, the sea life, the islands… it’s all waiting for you.

Enjoy your own water-borne adventures with yacht shares for sale. Pick your ocean, pick a stunner of a yacht, and change your life for good.